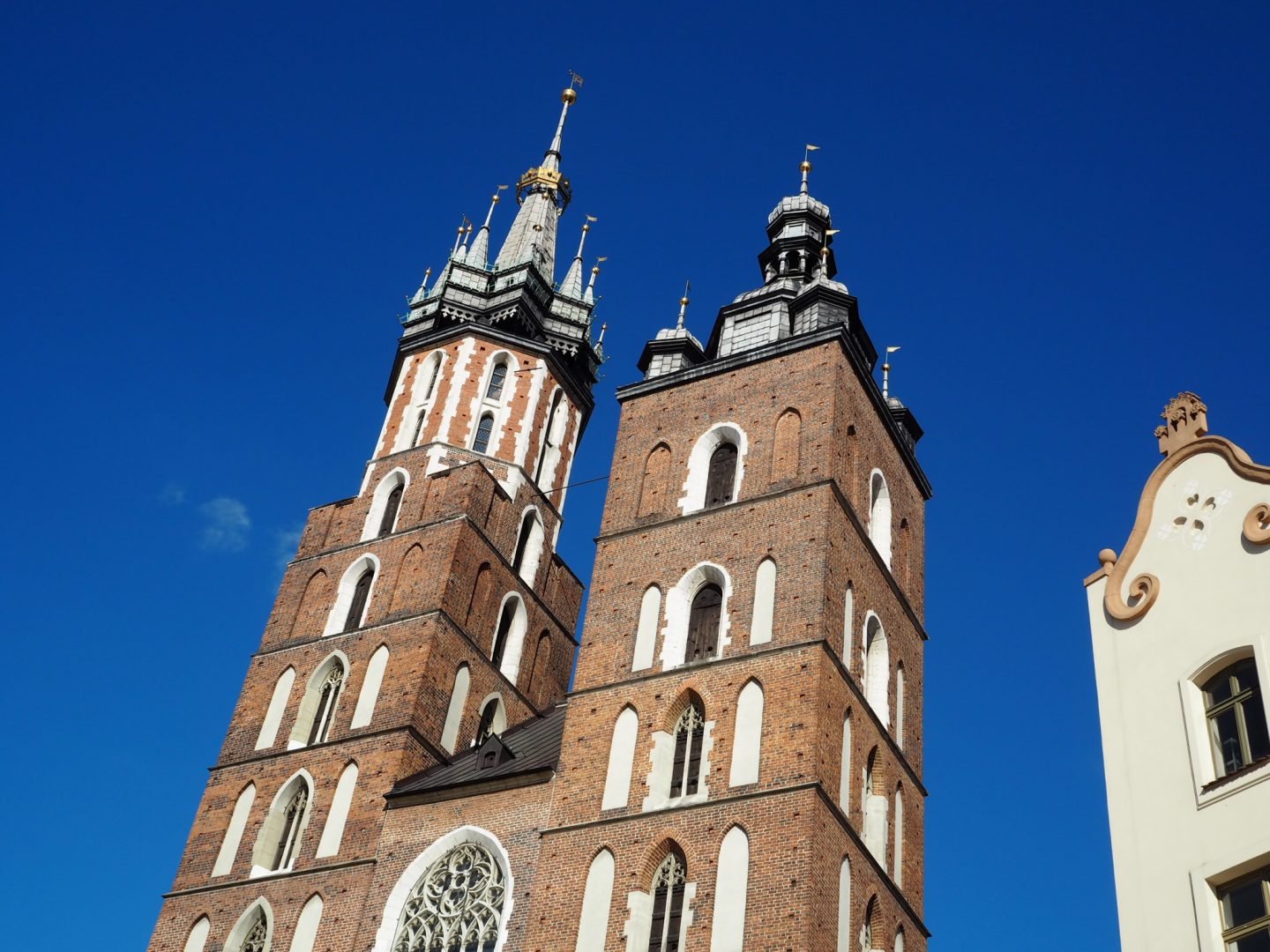 I took a spontaneous trip to Poland last year and it was one of the best city breaks I’ve ever had. I went with my friend, her husband and another of their friends and we stayed in their apartment in Krakow, which was centrally located and perfect for exploring. I decided to meet them out there and this meant it was my first time flying alone but the flight was actually very easy – I just had to hope they were there to meet me at the other end!

Once I’d landed I made my way to the train station to take the train into the center of Krakow. At this point I was trying to find somewhere to buy a ticket, and quickly realized there were no ticket machines or kiosks anywhere. In the end I just got on the train, confused and I wouldn’t get a fine. Luckily a couple that spoke English explained that you buy a ticket on the train when the conductor comes down the aisle.

Once the train came into Krakow I met my friends and we headed to the apartment, via the Old Town Square of course. Their apartment was located just off the main square so we stopped for some dinner first. As it was the first night and I was pretty hungry (ok, I was starving) I had a Carbonara – suitably Polish I know – followed by a shot of vodka of course. 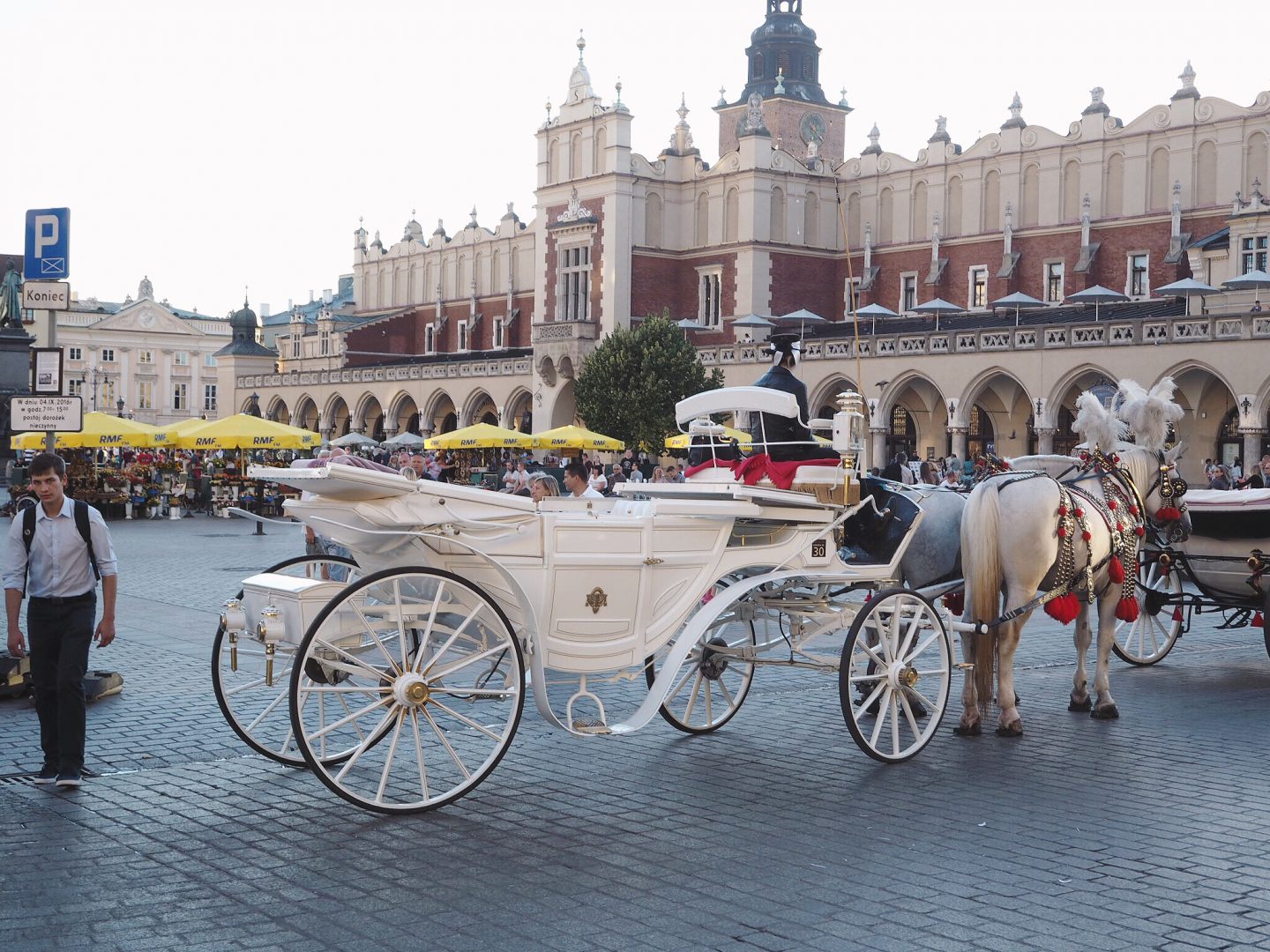 The next day we stopped for breakfast at Gossip Café and I had the most delicious banana and orange granola and mango smoothie. We then took a walk into town and a guided trip around the city on a golf buggy, which was pretty fun. We saw the castle, Jewish Quarter, university and other tourist spots, including the market. We then took a walk to the river and had a drink on one of the boats in the sun. We went in the height of summer, so it was scorching and we decided to do some kayaking on the river to cool off, which offered a beautifully different view of the city.

Keen to experience all that Krakow had to offer, we went for some Vodka tasting. I’m not usually one to drink Vodka straight, but when in Poland! I tried a few different flavours and the raspberry was by far my favourite. I’m a strong believer in submersing yourself in local culture when you go away, and almost have a completely different mentality whilst on holiday – does anyone else feel so much more laid back when you go away? 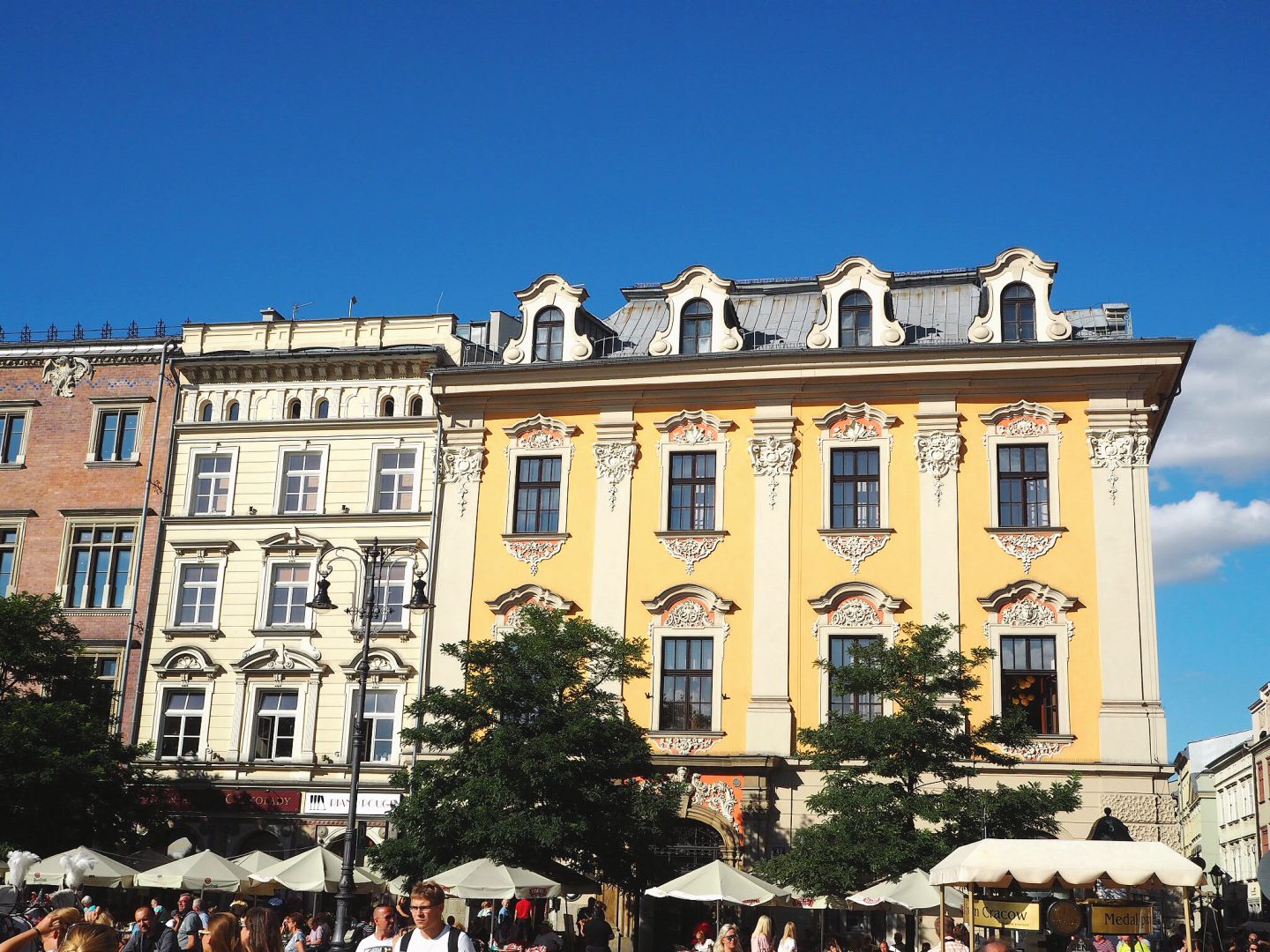 Dinner that night was at Pod Aniołami, a traditional Polish restaurant that sits underground in a setting reflective of a 13th century banquet hall. The food included marinated meats grilled over beech hardwood fires and lots of Pierogi. To fully immerse myself in Polish culture, I chose the set menu which featured Pierogi to start (Pierogi is polish dumplings filled with meat or cheese and potato’s and it’s amazing) followed by a traditional beetroot soup. The main course was Veal chops with grilled potato’s and then an apple pie with vanilla ice cream to finish. The whole meal from start to finish was incredibly yummy, and cheap! This five course meal was 125zl which is about £25! I found Poland to be very reasonably priced – a burger and a beer was around 15zl which equates to around £3 at the time – bargain! This was, however, before Brexit so I’m not sure how much things have changed since then. However, I’m so pleased I pushed myself out of my comfort zone to try something new, and actually it made me realise that you can only grow and learn by stepping outside of your ‘norm’ – which is something I’ll continue to try when on new adventures! 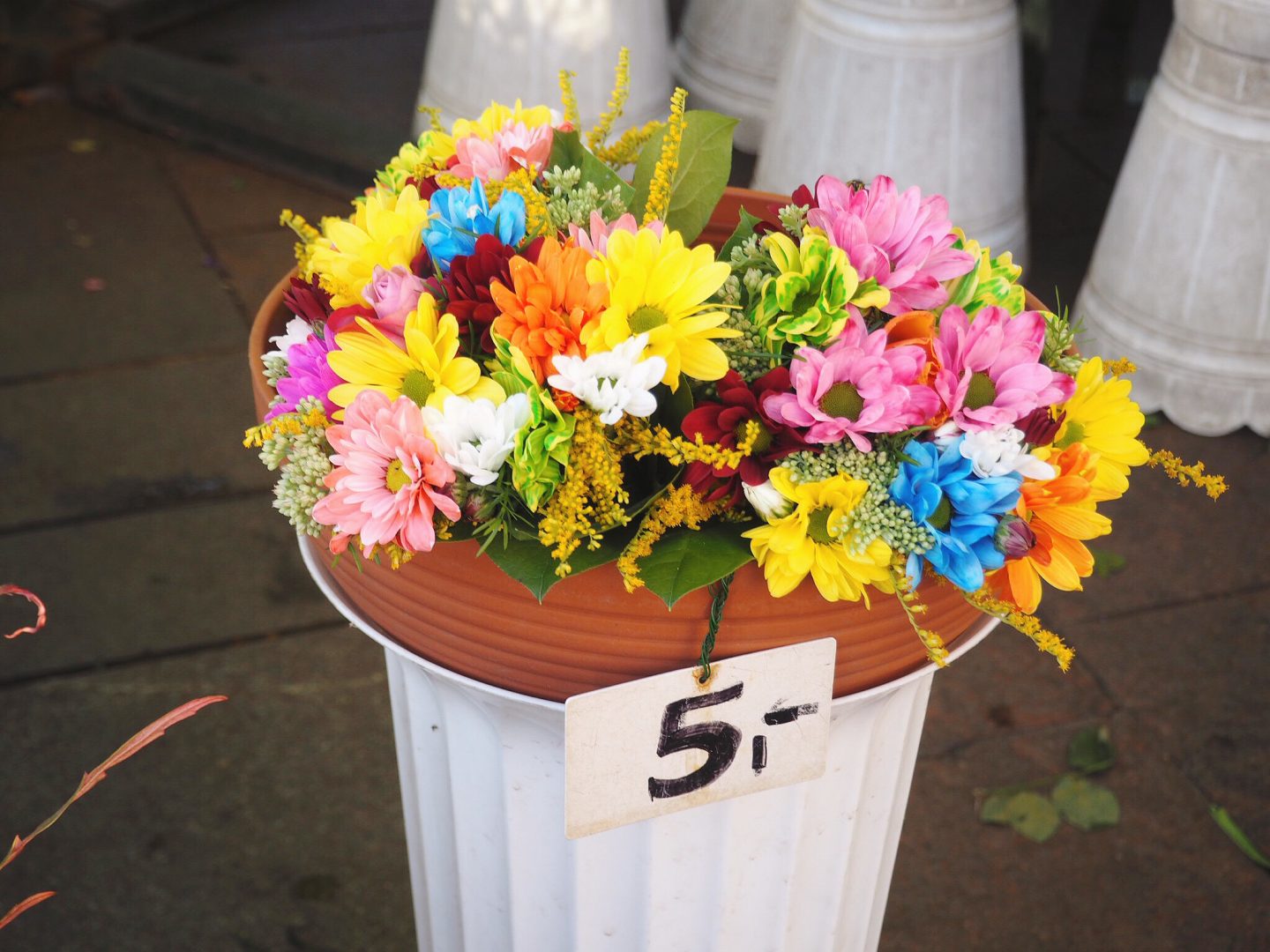 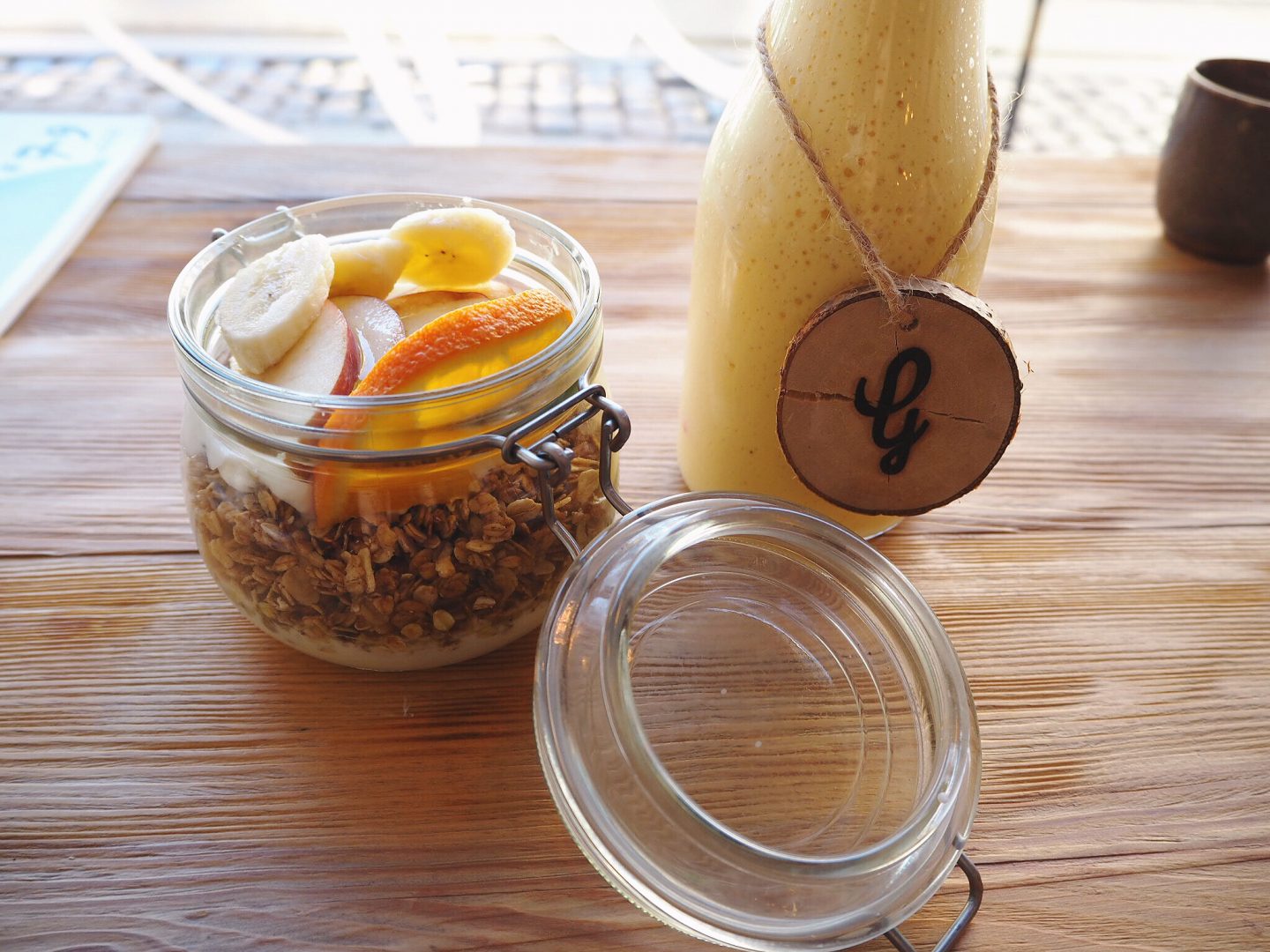 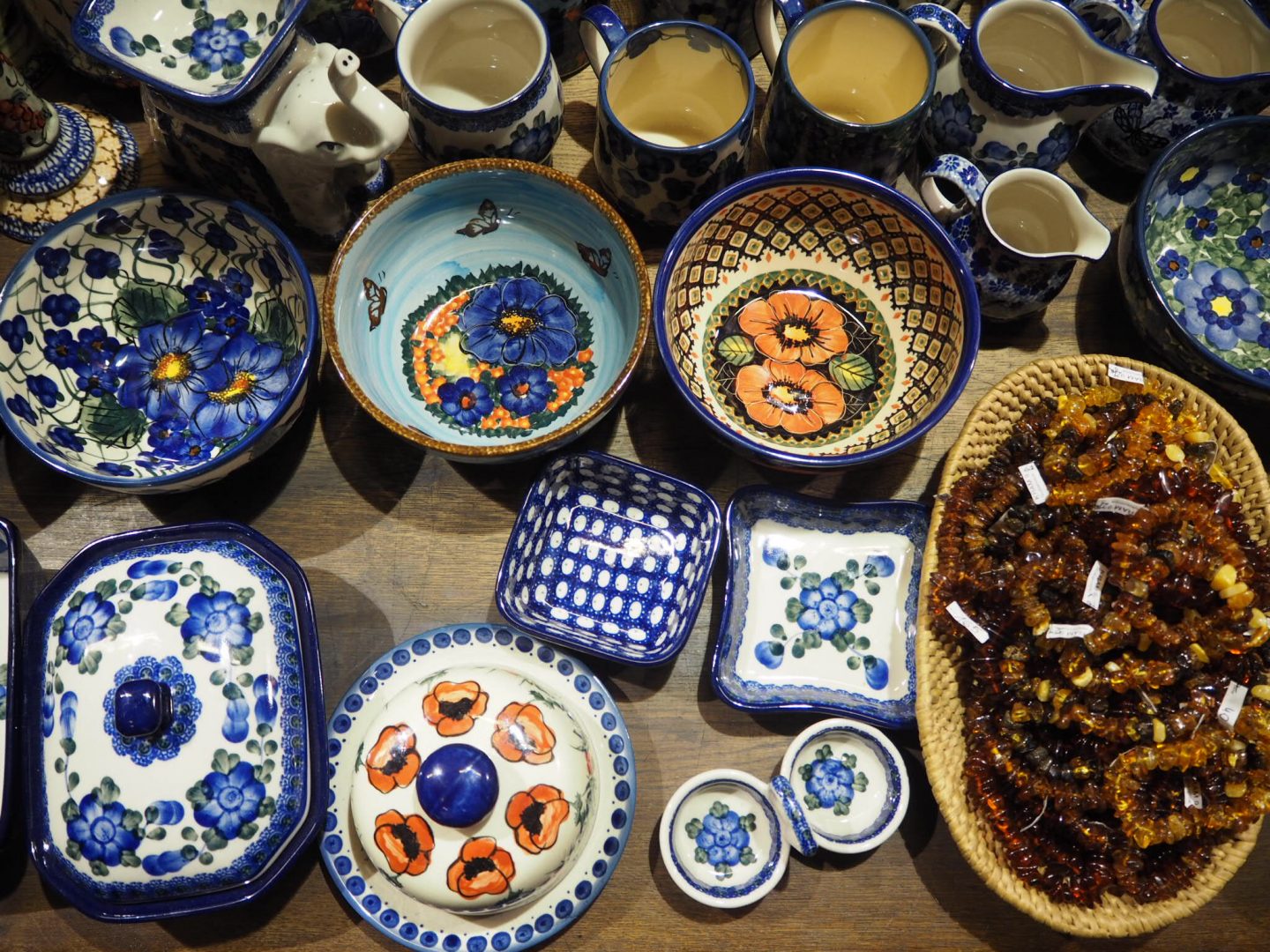 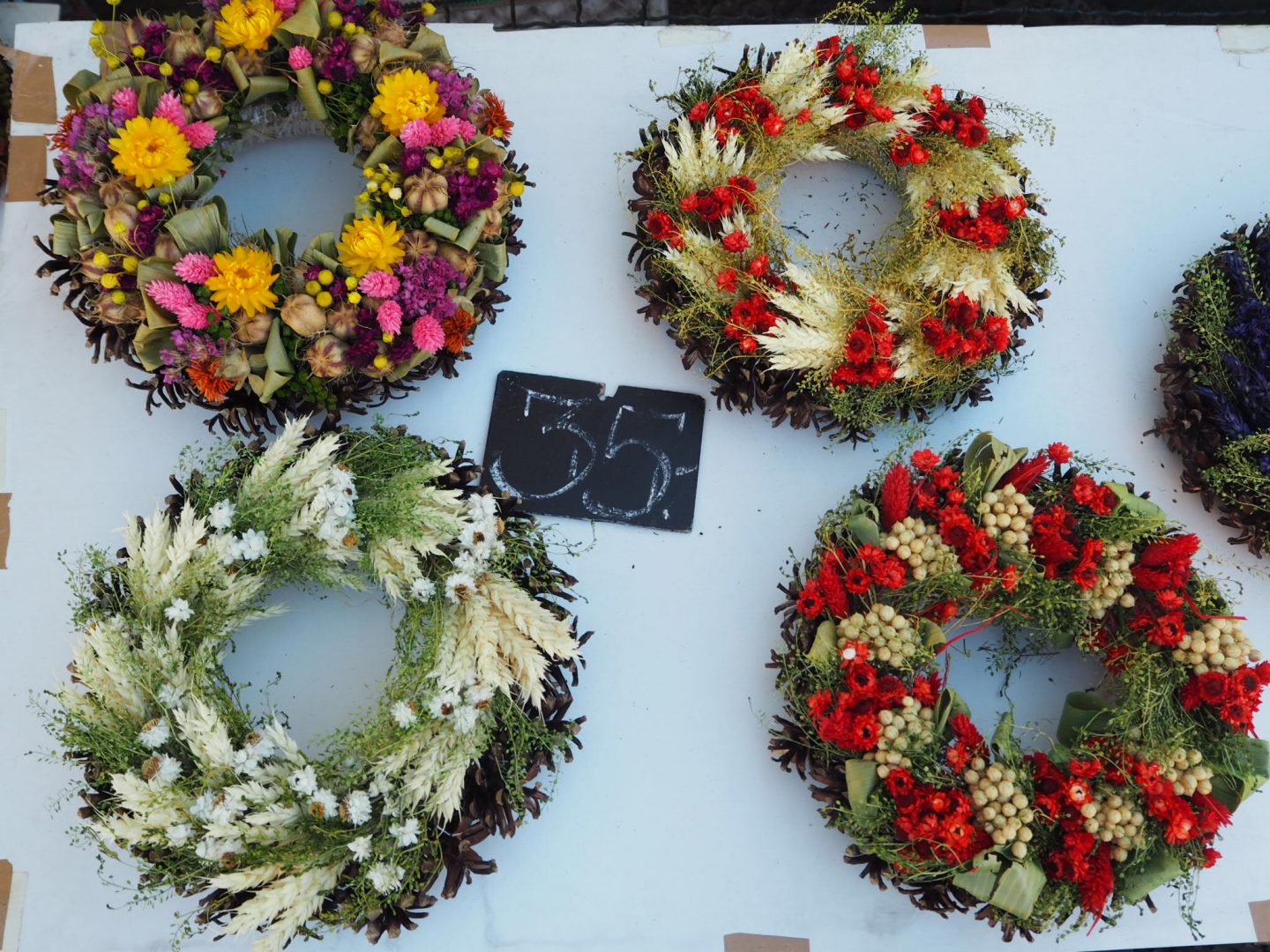 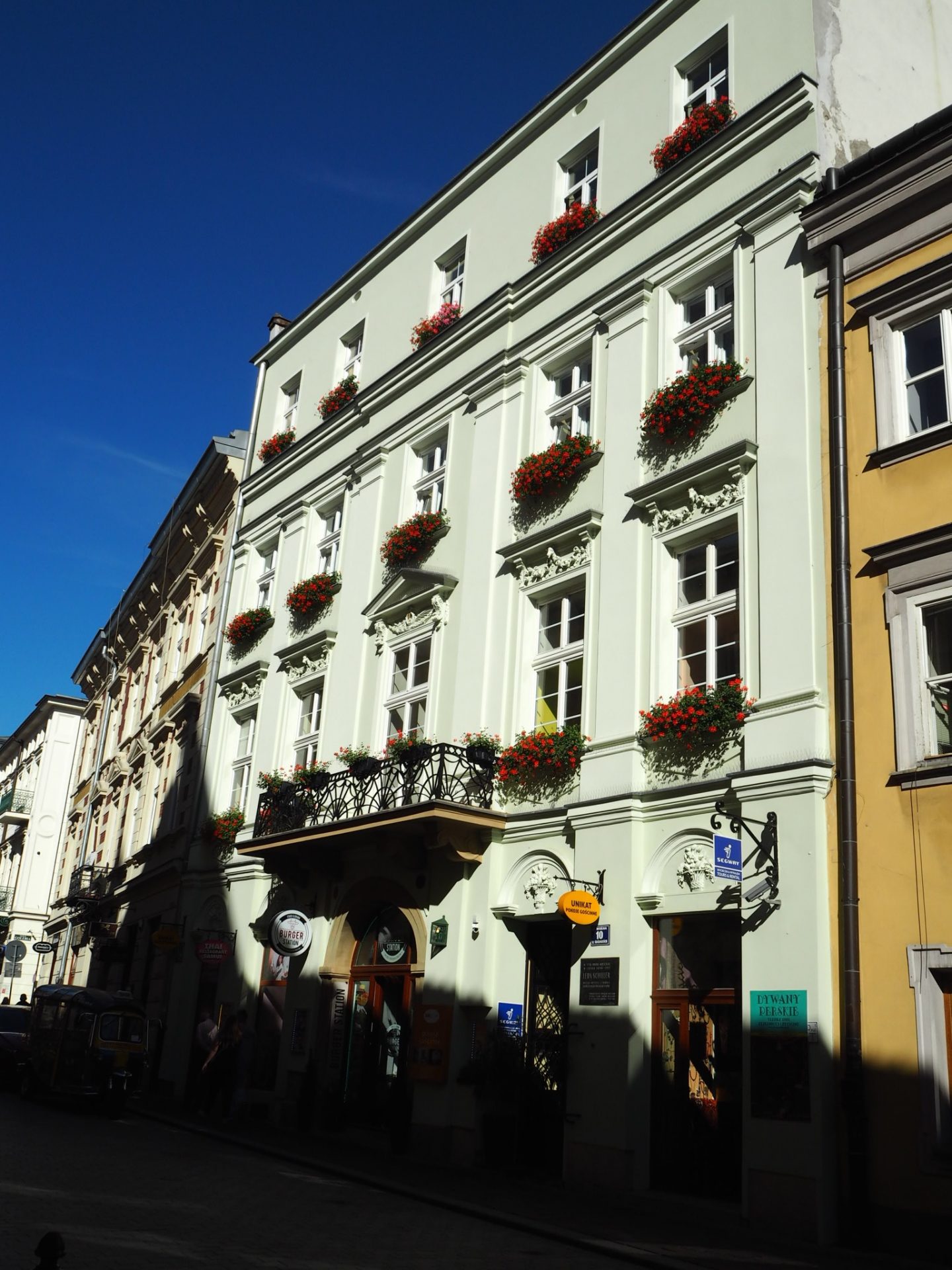 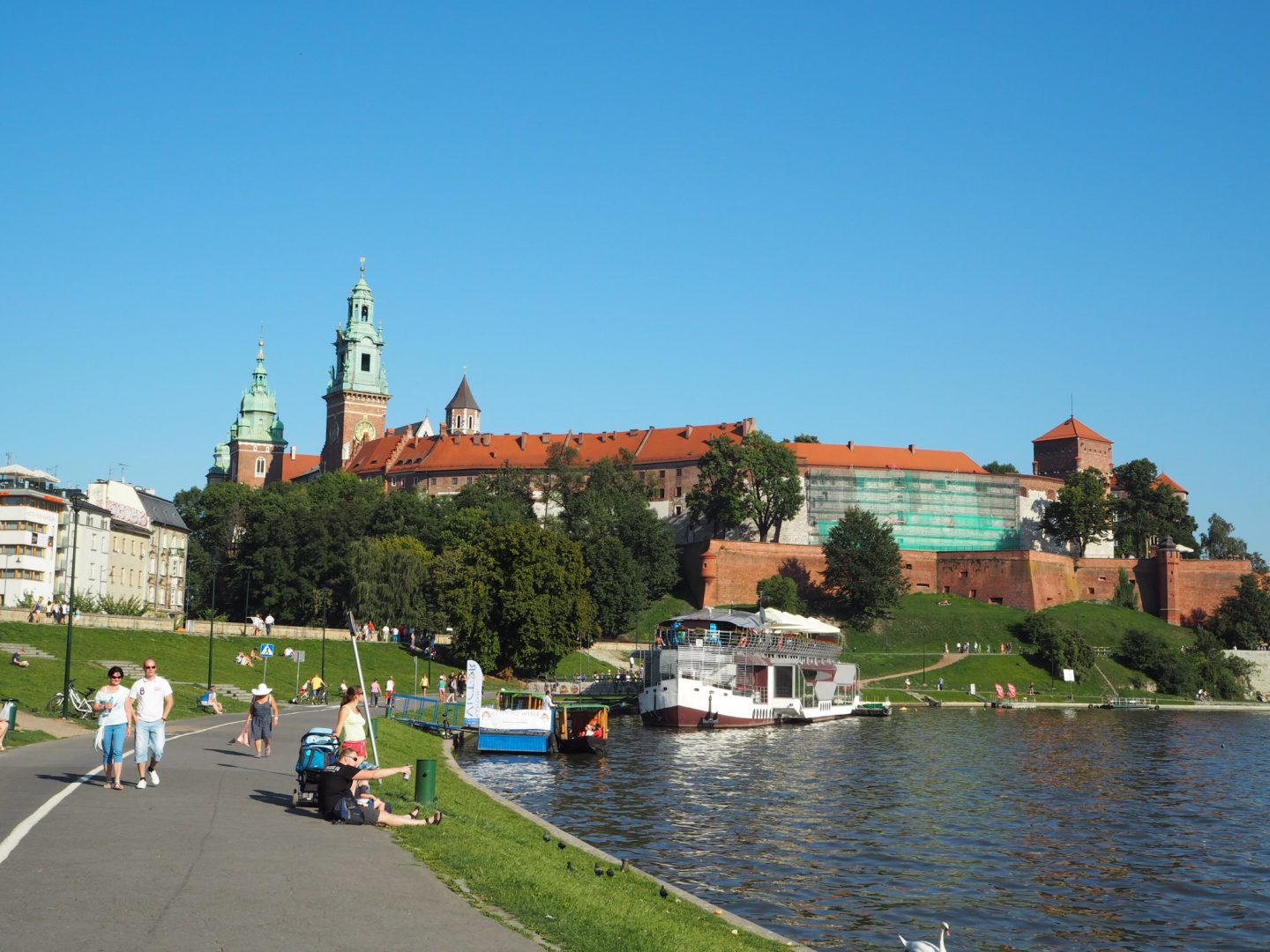 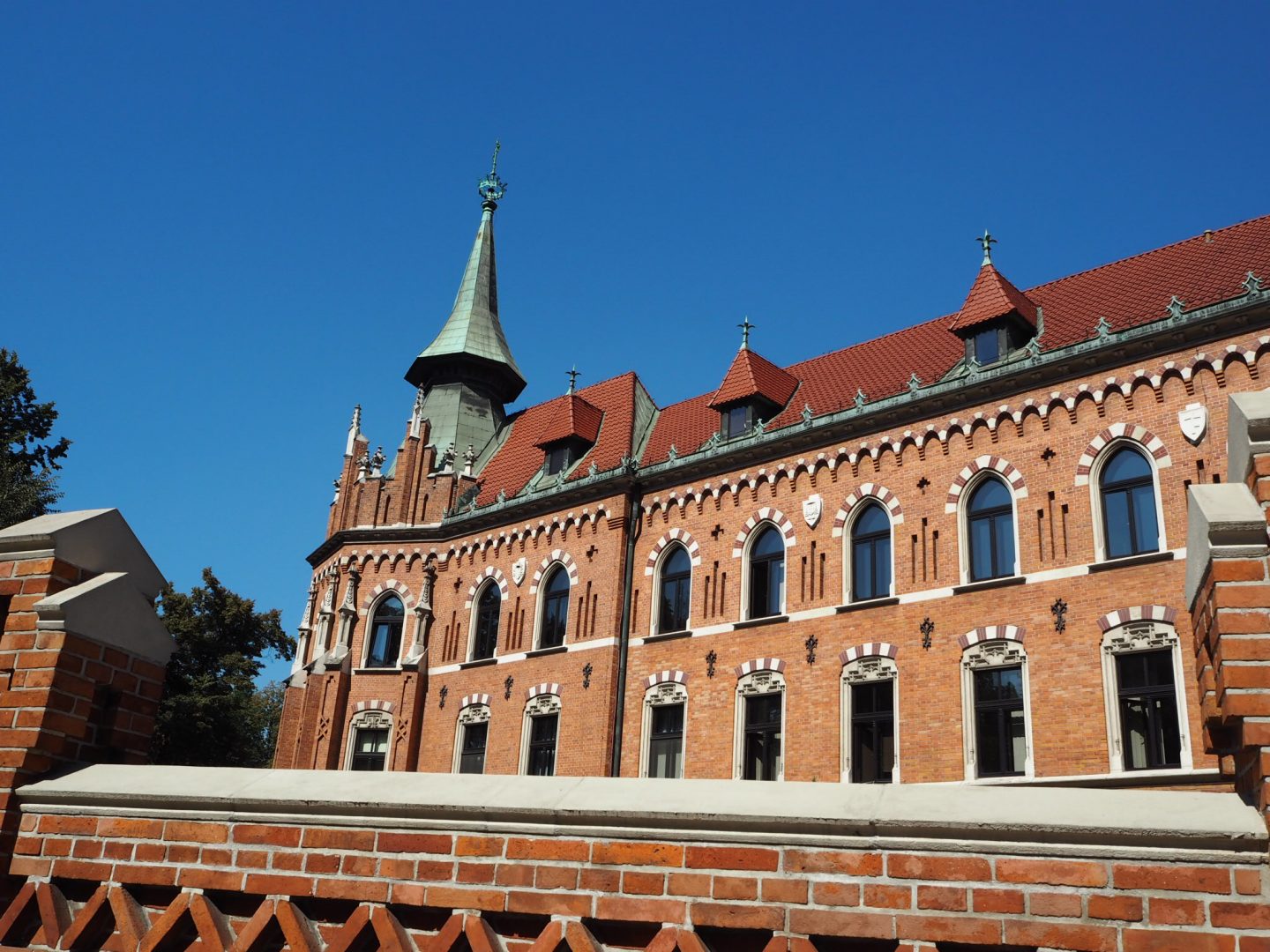 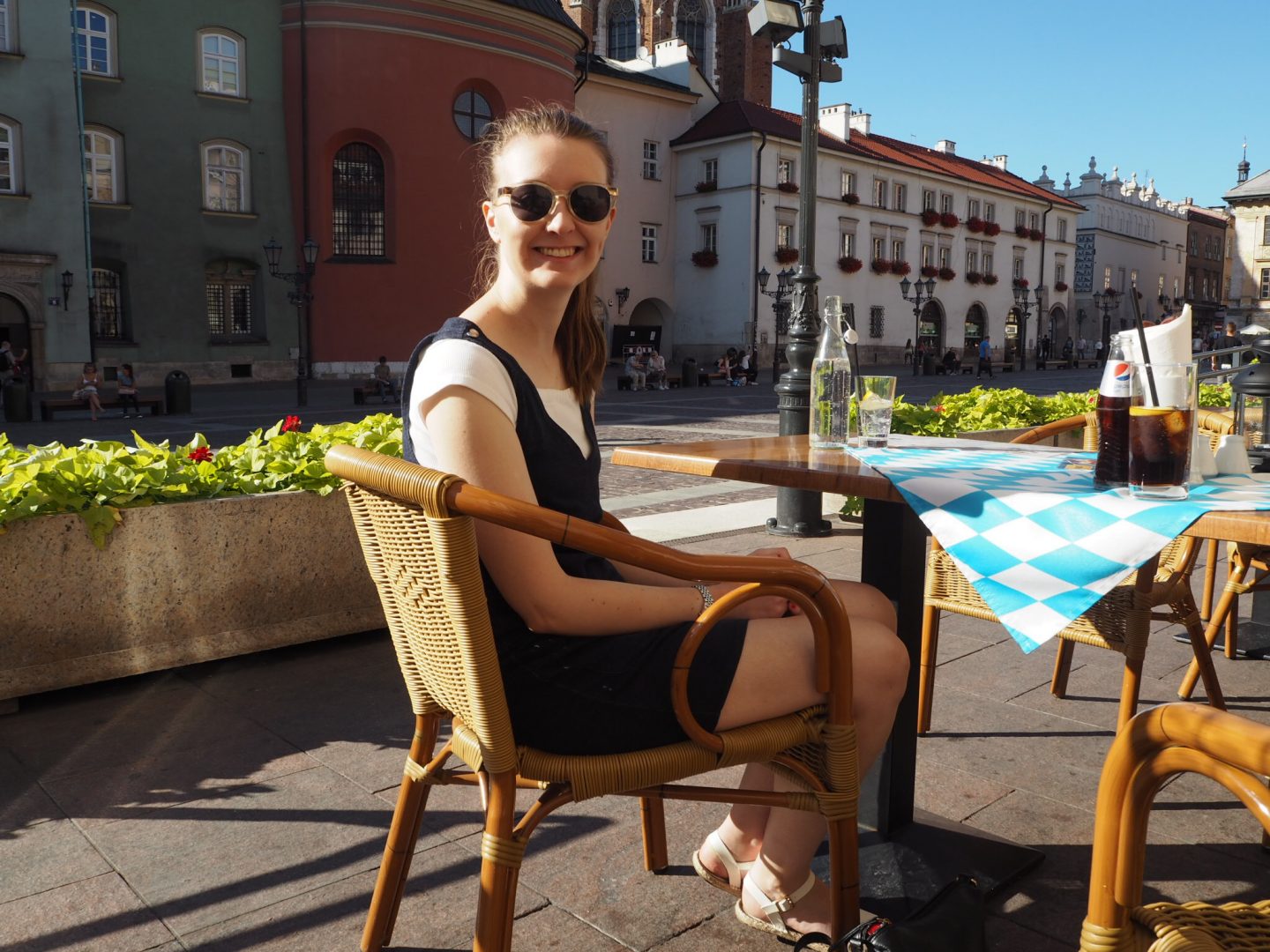 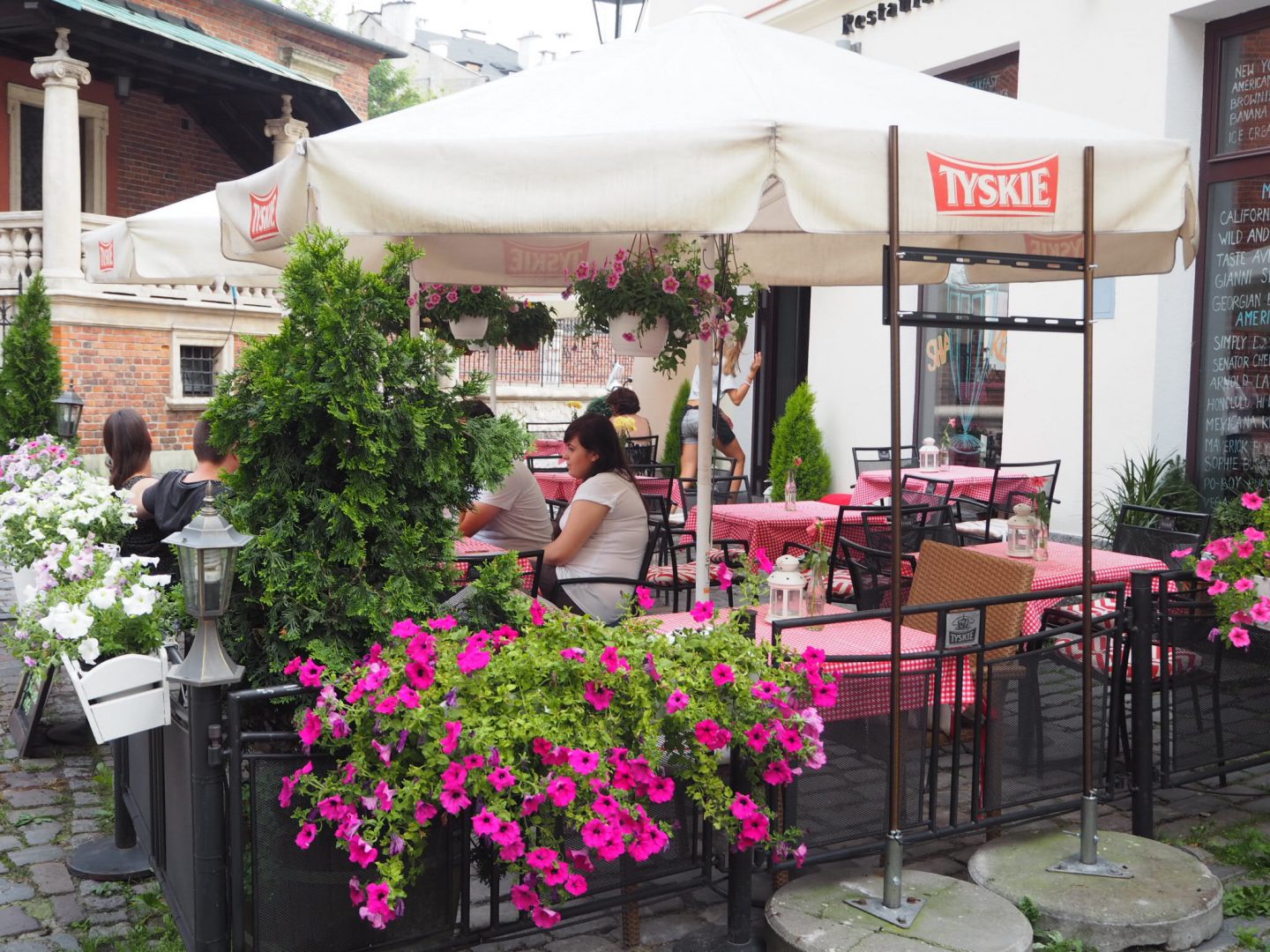 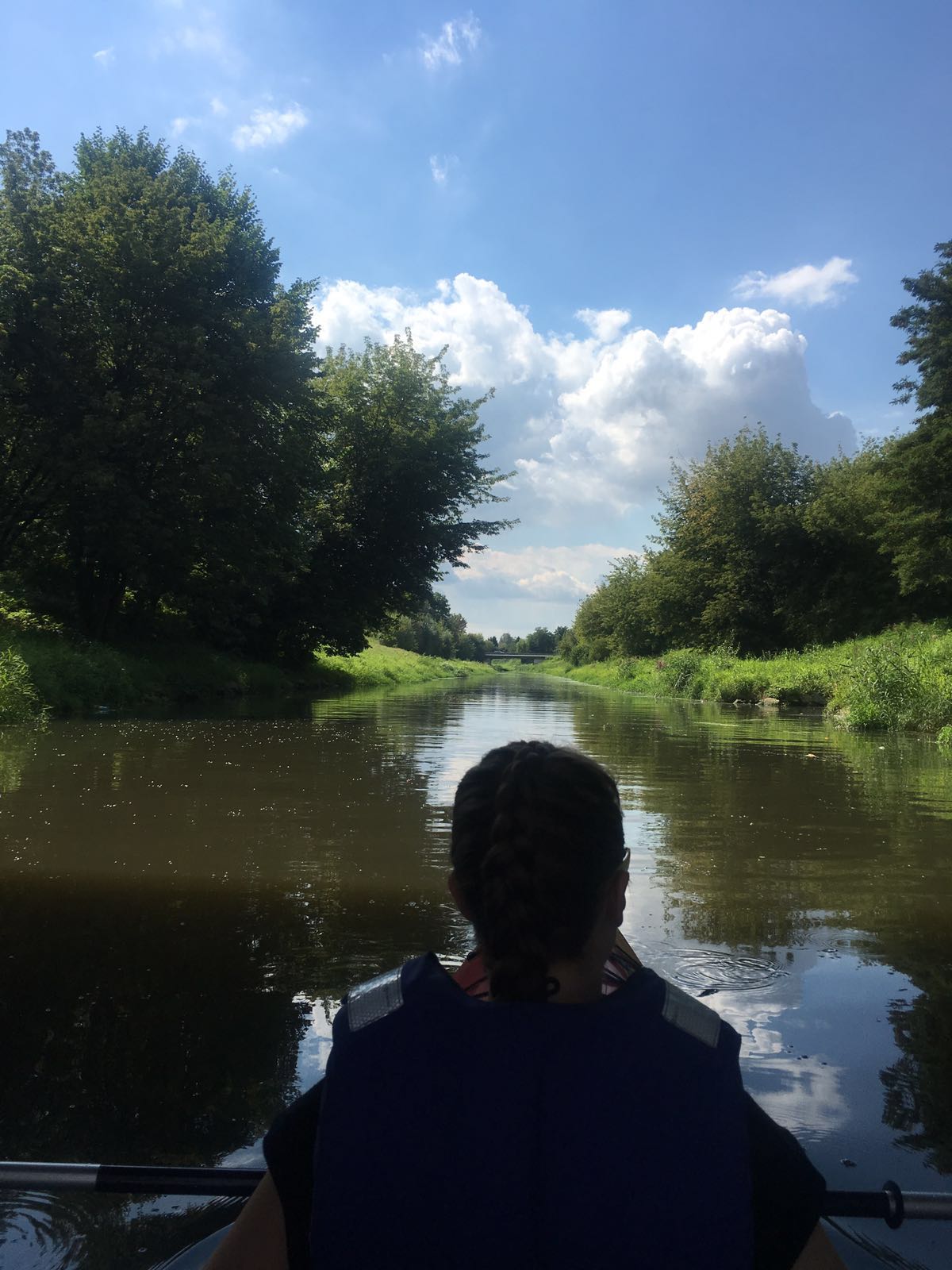 The next day we took a trip to the Jewish Quarter. Poland is full of history and everywhere you turn there were reminders of the atrocities committed here during the war and the lives of the Polish people that lived through it. We went to Schindler’s Factory which has now been turned into a museum and it was an incredibly eye-opening experience. From start to finish, I felt I learnt so much more about the war, Schindler and the lives of the people he saved. I left feeling overwhelmed and emotional but somewhat grateful, too. It was certainly something that needed to be seen, and I’m glad we took some time out to reflect on such a big part of Polish history.

Dinner that night was at Morskie Oko, a beautiful underground timber clad restaurant that again served traditional Polish cusine. You can read my separate review on that here – I would highly recommend this place!

I have to admit, Poland would not have been my immediate first choice for a weekend break, but I am so happy I accepted the invitation to visit. In addition to making new friends, I got to explore a wonderful city with so much history and submerse myself in such a beautiful culture. It helped having a Polish speaking tour guide in the form of my friends husband, and people that new the city, but anyone can push themselves to explore new places with a little bit of research – or perhaps you’re one of those people that can just jump straight in!

I’m trying to be a lot more open to new opportunities and hope to eventually travel completely solo, so this trip was really such a valuable experience for me. It just goes to show that thinking ‘why not?’ can really change your perspective and is definitely a statement I will continue to live by. Here’s to making new friends, exploring new cities, and becoming a travel addict!